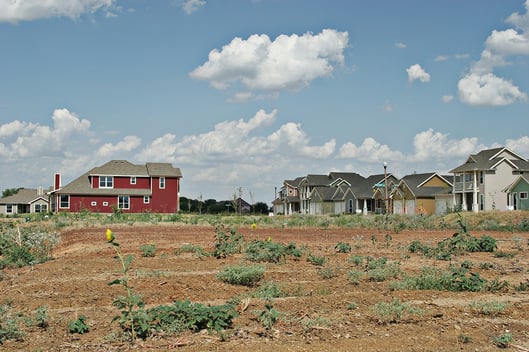 When it comes to Mortgage Investing and, given the risk of foreclosures in the greater Houston MSA; the lyrics should be “there’s trouble in Bayou City”.

In 2015 Texas foreclosure activity increased 16 percent. That compares with a 3 percent decline for the rest of the United States. While statistics are not available for just the greater Houston MSA, As a Private Mortgage Investor I would imagine that most of that 16 percent increase comes from the greater Houston geographical area.

Unfortunately, a rising tide lifts all boats. That said; individuals, banks, hard money lenders and mortgage investor corporations will all be affected.

The total collapse in the price of oil has resulted in the loss of thousands of jobs. The oil and gas companies have terminated thousands of employees and so have the oil field service companies. Moreover, low oil prices continue to take a toll on companies in related industries.

Drilling rig maker National Oilwell Varco has cut nearly 6,000 jobs in the first quarter of 2016 and plans to close a total of 200 facilities as it copes with a punishing oil bust and a glut of offshore rigs.

Kirby Corporation, which transports petrochemicals by barge and provides equipment for the industry said that the market in oil and gas has reduced its earnings. Kirby has been cutting cost including job cuts.

The oil industry pumps about one-third of the world’s crude from wells on the ocean floor and spends one-third of its money on offshore installations. With the drop in oil prices, spending has fallen by 300 billion.

Oil field services companies have slashed overhead and laid off hundreds of thousands of employees.

The failed Halliburton and Baker Hughes merger is expected to bring new layoffs and long term challenges. And it leaves Baker Hughes in a tight spot.

The collapse of oil prices has precipitated declines in real estate values, created an oversupply of apartments and no demand for office space (especially in the energy corridor on the Katy Freeway).

The average price of a new home in the Houston area fell during the first three months of 2016, the first such dip here since 2009. The 12% drop in the final three months of 2015, represents an overall moderation in prices in a market that had been climbing for several years before oil prices collapsed.

Despite the “doom and gloom” we’re experiencing now, it will not be as devastating as the mid-1980’s. Thanks to the medical center, the Port of Houston and the petrochemical plants on the East side of Houston, we’re more diversified today.

That said, new home buyers should be more cautious. If your income could be affected by the price of oil, my advice would be to postpone the purchase until we see a sustained price of oil above $60.00 a barrel.

My name is Jim Emerson, owner and founder of Associated Mortgage Investors (a mortgage investor corporation). I’ve counseled hundreds of prospective home buyers (no charge) on “when to hold’em, when to fold’em and when to walk away (Lyrics from Kenny Rogers “The Gambler”). If you have questions about purchasing a home or avoiding foreclosure, please feel free to call me at (713) 682-4400. And if I can’t help you, I’ll help you find someone who can.