Hard Money Loans: What are they and what is their future in Houston? 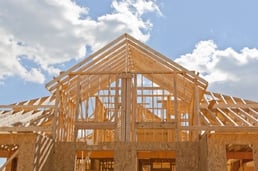 worthiness of the borrower.  Since the property itself is used as the only protection against default by the borrower, the loans have a lower Loan to Value ratio (LTV) and carry higher interest rates compared to conventional commercial or residential loans.  These loans are often referred to as a short term loan or bridge loan.

Houston Hard money loans are typically issued by private investors or companies and due to the higher risk; the duration of the loans are shorter. These loans have been mainly utilized by investors to fund projects that only require a few months to a few years.

Where do they come from?

Houston Hard money loans surfaced in the late 1950’s when the credit industry in the U.S. underwent drastic changes. The term Hard Money is a term that almost exclusively is used in the United States and Canada, where they are most common. From the beginning, the hard money industry has been formally unregulated by state or federal laws, although some restrictions on interest rates called usury laws by state governments restrict the rates of hard money. Until recently, The Dodd-Frank Wall Street Reform and Consumer Protection Act, commonly referred to Dodd-Frank was signed into federal law by President Barack Obama on July 21, 2013. New regulations on hard money loans has Houston hard money lenders running scared and most of them are not lending to owner occupants.

What is their future?

Although new regulations have strict requirements, it is not illegal to do hard money loans to consumers; provided regulations are followed carefully.   The key to finding success with these loans lies in knowing the difference in “higher priced mortgages” and “high cost mortgages”; which are the two main differences in originating hard money loans to consumers. Both these terms have certain restrictions that must be followed, and as long as they comply Houston Hard money lenders can safely originate personal residence loans.

In conclusion, hard money loans are used in turnaround situations, short term by borrowers lower FICO scores but substantial equity in their property that wish to stave off foreclosure. Also, most recently by borrowers with substantial amount of cash or down payment that cannot be approved through a traditional conventional or FHA mortgage. Bearing all this in mind, originating these loans can benefit borrowers who can now qualify as this gives Houston Hard money lenders a broader portfolio of products to offer to the Houston market.

For over 25 years, AMI Lenders has been providing financing to individuals in the Houston and surrounding areas seeking to obtain a hard money commercial or residential loan. And if we can’t help you ourselves, we’ll do our best to help you find someone who can.

We are always here to help!